Several of Gateway’s clinicians recently attended the Behavior Analysis Association of Michigan (BAAM) Convention at Eastern Michigan University. This annual event provided a great venue for our BCBAs to join their colleagues across the state in a variety of ongoing professional development opportunities. 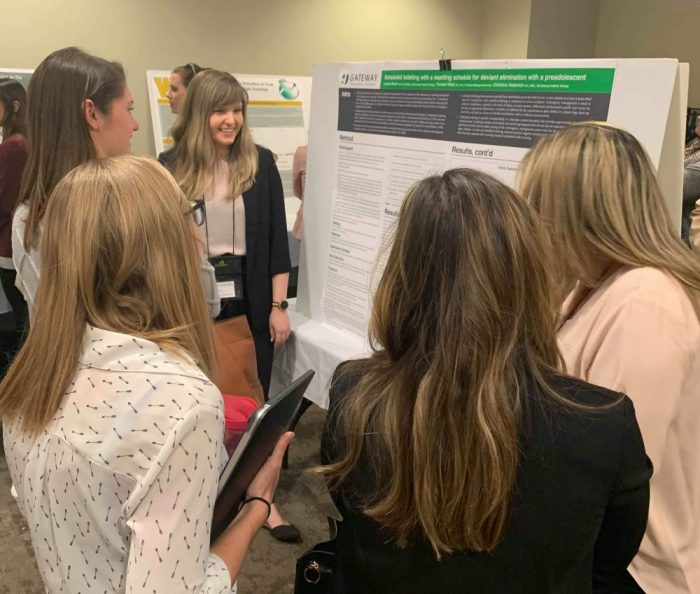 The BAAM Convention concluded with a poster session, highlighting new and original research from current behavior analysts, including Gateway’s own Lauren Bauer. This is Lauren’s second consecutive year presenting her research at BAAM (you can check out our post highlighting Lauren’s previous work here).

In this year’s poster, titled “Scheduled toileting with a resetting schedule for deviant elimination with a preadolescent,” Lauren presented the results of an intervention aimed at reducing challenging behaviors in a child with autism. These behaviors were originally so severe that they had contributed to a need for psychiatric hospitalization. The intervention Lauren designed, which was carried out in the family’s home, was notable not only for its great success in reducing the targeted behavior but also for the fact that it was implemented exclusively by the parents. Importantly, the intervention has also received favorable ratings by both the parents and the child himself.

Lauren’s research project is a great example of the meaningful gains that are possible through a carefully designed behavioral intervention, one which represents a significant contribution to the field by effectively treating a relatively rare behavior in a child with several diagnoses, including autism. We are so proud of Lauren’s accomplishments and are fortunate to count her among our team of talented, dedicated, and passionate clinicians. 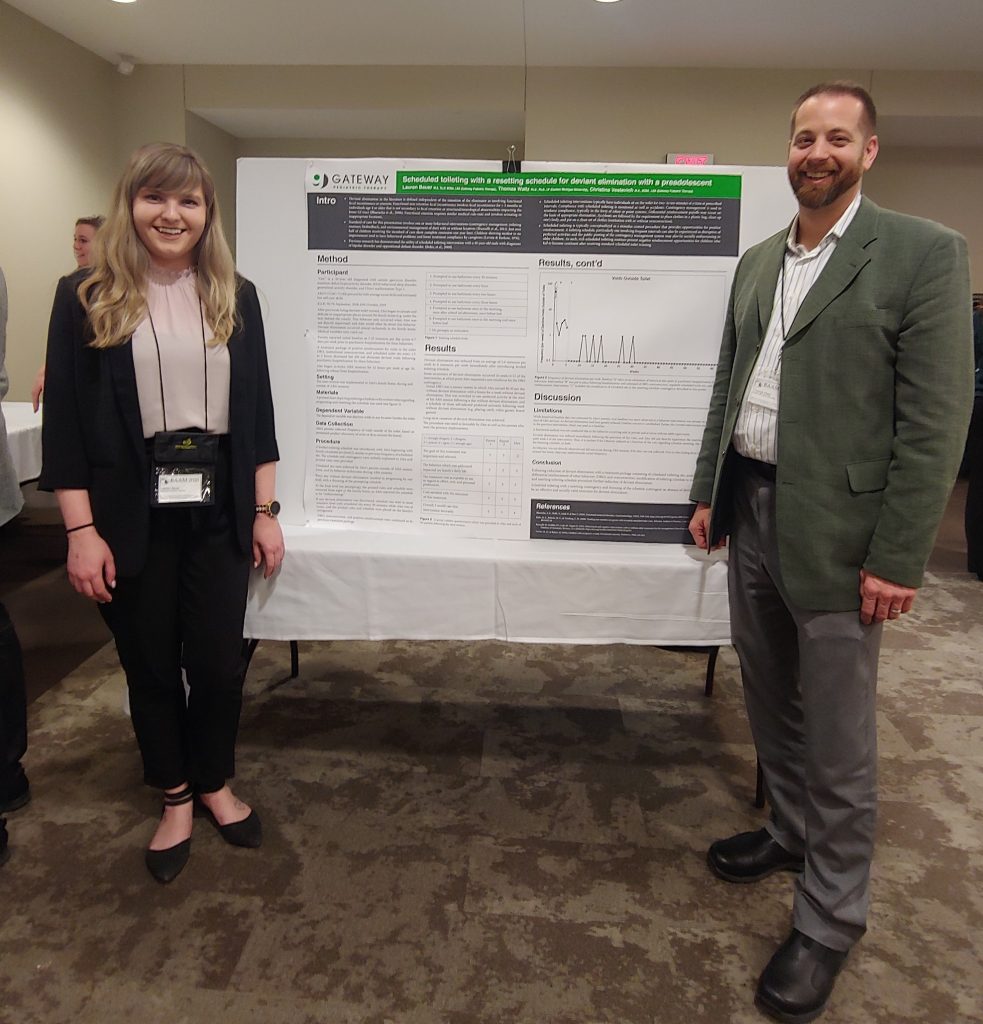 Return to Newsroom
To Next Article
​